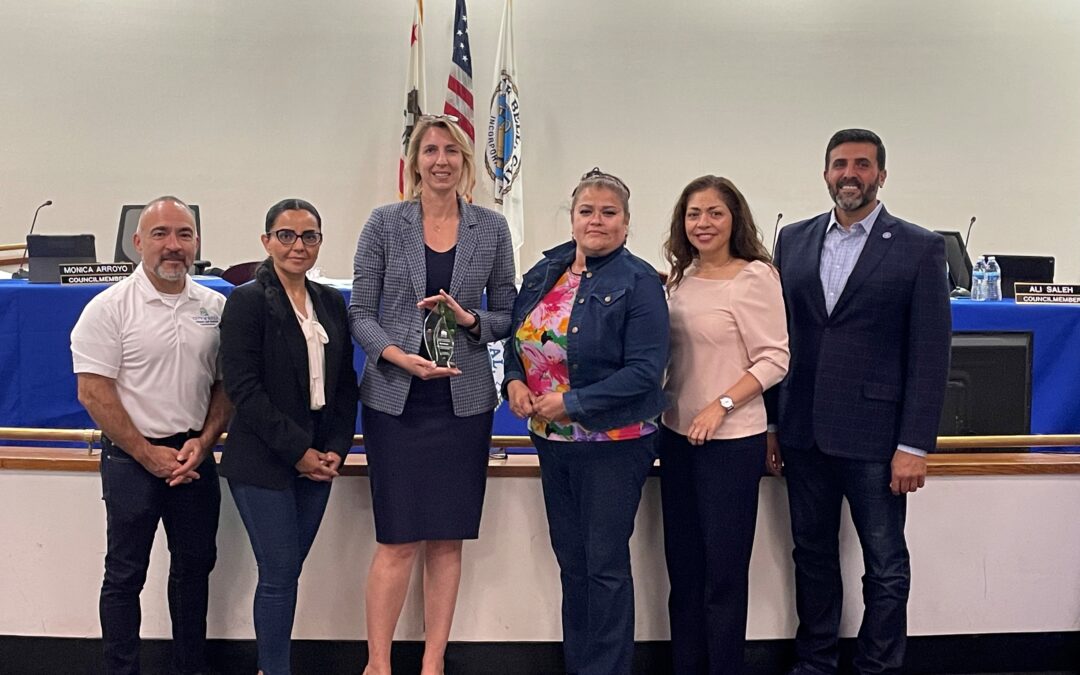 Impact Sciences, in partnership with the City of Bell (City), is pleased to accept an Association of Environmental Professionals (AEP) Award of Merit for the preparation of the City’s Environmental Justice (EJ) Element to the 2030 General Plan. The award, presented to the City of Bell on April 11, 2022, at the annual AEP State Conference in Yosemite, CA, celebrates individuals, organizations, and programs advancing diversity, equity, and inclusion (DEI). DEI efforts may include internal workplace initiatives, programs, and policies, and external community engagement. The Bell EJ Element addresses public health risks and environmental concerns for vulnerable populations—which have long suffered public health effects from geographical inequities—and provides consideration of these communities in land use decisions.

The City of Bell is located in the urbanized southeastern Los Angeles metropolitan area, about five and a half miles south of downtown Los Angeles. This industrial and bedroom community region, including the City of Bell, has one of the highest population densities in the United States.

Bell is split between two communities connected along the I-710 Freeway and the Los Angeles River. The northern portion of the City, called the Cheli neighborhood, predominately comprises industrial uses with one homeless shelter, permanent supportive housing, and associated services. The Central City area, located south of Cheli, comprises predominately single-family and low-scale multi-family housing and commercial uses. Environmental considerations for the City include the Bandini Oil Fields located near the Cheli area, the large number of industrial uses in and around Bell, and the I-710 Freeway.

Bell is a minority-majority city, with census data showing that its population is more than 93% Hispanic with about 89% of residents speaking a language other than English at home.  The City falls below Los Angeles County’s rates in median household income, homeowner occupied housing, and high school education. About a quarter of residents in Bell live below the poverty line. The entire City meets OPR’s definition of a disadvantaged community.

Given its proximity to industrial land uses concentrated in the Cheli area and the I-710 Freeway which runs through the City, pollution exposure is an issue of concern. Such burden is calculated by California Communities Environmental Health Screening Tool (CalEnviroScreen), which analyzes a health score based on 20 indicators by census tract with each census tract within the state assigned a score out of 100 based on these indicators. According to CalEnviroScreen, pollution burden percentile assigned to census tracts within Bell ranges from 82 to 99, among the highest in the region and the state. These indicators include pollution exposure, location of toxic chemicals in or near communities, sensitive populations in a community, and socioeconomic factors. Developing policies and programs to address pollution exposure was key to the EJ Element.

The Environmental Justice Element sets forward goals and policies for implementation to enhance the quality of life for Bell’s residents, employees, and visitors. The goals and policies to implement EJ in Bell are explained in the following topic areas:

Each section in the EJ Element introduces the topic, outlines key issues, and reviews Bell’s goals and policies related to that subject.

This Environmental Justice Element encountered some challenges throughout its progress. Its development commenced at the beginning of the Covid-19 pandemic when it was difficult to meet with and reach out to residents for input and feedback due to shelter-in-place restrictions. Despite these challenges, the City remained committed to be transparent throughout this process even with a lack of resources in order to improve trust among its residents. Community surveys, both online and later in person, were distributed to highlight which issues were important to the public in Bell and what goals and policies should be emphasized in the EJ Element. The Element was circulated for public input and review during fall of 2021 and was before the City Council for adoption in spring of 2022.

The City of Bell’s Environmental Justice Element met AEP’s Advancing Diversity, Equity, and Inclusion criteria by setting a framework for future community development and providing disadvantaged communities with a tool for increasing stakeholder engagement. It is also creating greater public transparency in a city government with limited infrastructure in these areas previously. This EJ Element fills the City’s commitment described in its 2030 General Plan (adopted in 2018), which identifies environmental justice as a key issue for the City and aims for an open, transparent, and collaborative process to promote the full participation of the residents, business owners, and property owners in the planning process. Through the programs being implemented as part of the EJ Element, specifically measures for a community outreach strategy, the City and its residents are more knowledgeable about environmental justice and how it relates to their everyday lives. 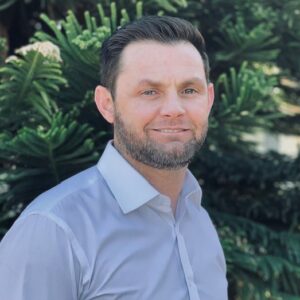 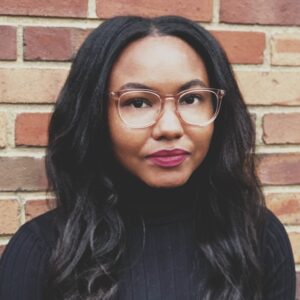 Kara Yates Hines, Director of Operations & Publications Manager, leads operations at Impact Sciences and oversees the production and publication of all environmental documents. She has more than 13 years of experience leading publishing projects, coordinating quality control measures, writing and editing for technical projects in the public health and environmental industries, and providing editorial training and mentorship. As the primary manager for document publication, Ms. Hines handles all aspects of production, including graphics creation, document formatting, and visual layout. She performs in-house publishing of reports, including booklet assembly and digital productions. Her goal is to ensure environmental reports, proposals, and all other documents are visually appealing, consistent, and concise. She also manages business development initiatives, marketing efforts, as well as website and social media content creation. Additionally, Ms. Hines has experience with managing the production and quality assurance for national outreach campaigns. Ms. Hines has a masters degree in Publishing from The George Washington University and a bachelors degree in English from Spelman College. 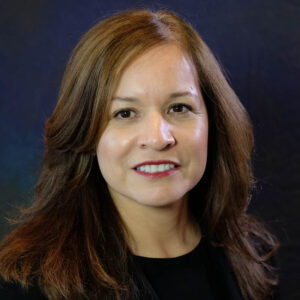 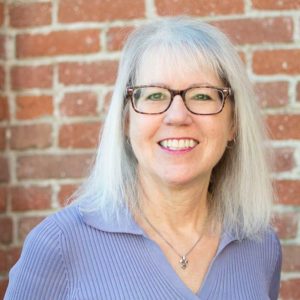 Lynn Kaufman, Associate Principal, has more than 25 years of experience in both the management and preparation of environmental review documents pursuant to CEQA and NEPA for clients in both the public and private sector. Ms. Kaufman has written numerous CEQA analyses for high profile and environmentally sensitive projects in both urban and rural settings, and acts as a day-to-day contact for in-house and agency staff, subconsultants, and applicants, providing valuable insight to identify environmental constraints and feasible mitigation measures. 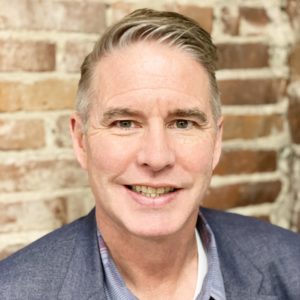 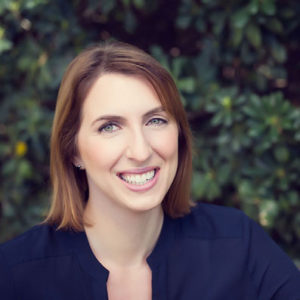 Jessica Kirchner Flores, AICP, President, also serves as the Managing Principal for the firm. Jessica’s corporate responsibilities include contract compliance and financial management with an eye toward strategic growth.   Jessica has more than two decades of project work in CEQA/NEPA compliance and places an emphasis on meeting client needs and providing real-world solutions to common CEQA pitfalls.  A hands-on owner, Jessica frequently serves in multiple roles on projects, including contract and project manager, as well as conducting and writing environmental analyses all while overseeing the firm’s most high-profile clients, revenue and growth of the firm. With a background in journalism, Jessica’s emphasis on clear, concise documents that are not overly complicated has become a company hallmark, along with the ability to deliver projects on unbelievably tight deadlines. She is highly skilled at taking technical documents and concepts and translating them into reader-friendly concepts.

Jessica is a thought leader and has contributed to or led trainings on CEQA compliance and environmental justice for clients and professional organizations. Her non-profit board experience includes serving on the board of the Los Angeles Chapter of the Association of Environmental Professionals (AEP) as the Legislative Liaison and Treasurer and previously served as the President of the Los Angeles Chapter of the National Association of Women Business Owners (NAWBO-LA).